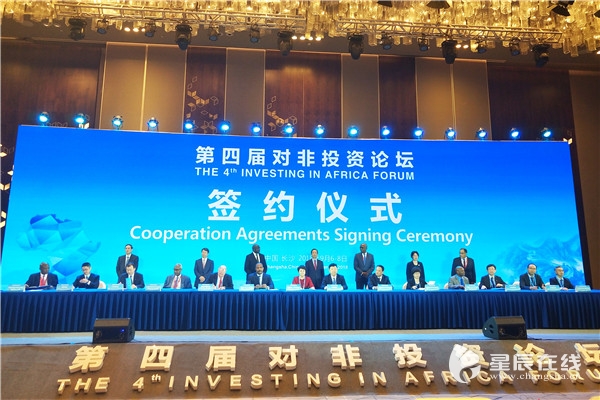 Afreximbank is an international financial institution aiming to finance and promote intra- and extra-Africa trade. The bank will enhance ties with CDB in financing infrastructure2, power, communication, transportation and agricultural projects in African countries, according to the deal.

The CDB also signed a memorandum3 of cooperation with Hunan provincial4 government at the forum to promote the province's investment in Africa.

On Wednesday, CDB led the establishment of China-Africa Financial Cooperation Consortium along with 16 African financial institutions.